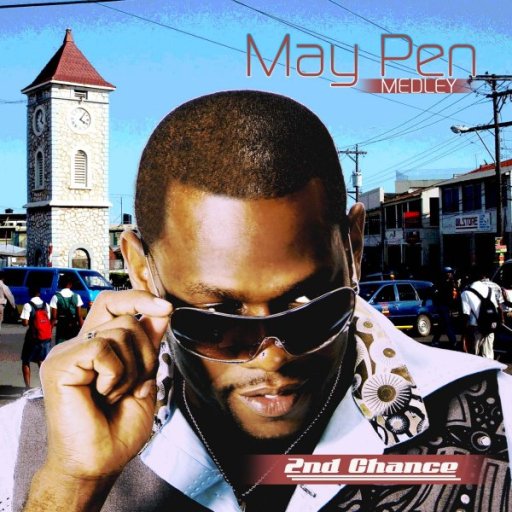 At a young age music became his first love and at the time, was only interested in just playing it. As he got older he realized he enjoyed singing just as much.

"The Children of Light", "Zamar", and "Blake Band" were the names of the local groups he led and was a part of. 2nd Chance has been blessed with the opportunity to perform in places such as Puerto Rico, Canada, Cayman Islands, and around the United States. He has shared stages with other artists such as Shelly Thunder, Tye Tribbett, Peninsilyn, Mikey Spice, Chevelle Franklin, Papa San, DJ Nicholas, Alvin Slaughter, Pettidee, Cece Winans and many others.

He recorded his first album entitled "Mission Fi God" in 1998 as part of the group the "Blake Band". His sophomore album "Hold On" was birthed in 2004 after coming through some major obstacles in life, thus changing his name to 2nd Chance, where his life is now a testimony of what God can do.

In January 2007, 2nd Chance met Dale Virgo ( aka Dr. Dizzle) whom he developed a personal and musical chemistry with, which brought about a challenge he had never yet taken up before in his life, i.e. completing an album in the period of 2 weeks. This album is entitled “Walk Gud”. Here, the new affiliation and link brought about a major change in Second Chance’s musical sound and Dr. Dizzle, brought out that new sound out of Second Chance. A few months later, it was déjà vu, Second Chance & Dr. Dizzle at it again, but the only difference is, Dr. Dizzle had Second Chance to play keyboards and bass on this fourth album entitled “Heavenly Highway” which features artistes like Dahlia Ashley & Duraine Ashley. Heavenly Highway is a compilation of songs taken directly from the Heavenly Highway hymnal which brings out the more worshipful and singing side of Second Chance. In 2009 2nd Chance went into his very own studio to produce his 5th album entitled May Pen Medley.  The self titled track was inspired by his mother who always enjoyed listening to traditional gospel island music. This particular project is different because of the live instrumentation used on all the tracks. The May Pen medley song has gained unexpected popularity both locally and nationally. It was the #1 playing song on WICP Vision Gospel 104.7 FM (www.visiongospelfm.com) in South Florida.

Just A Little While is the 6th project and the second album produced out of Walk Gud Studios by 2nd Chance, bringing in a more contemporary Christian music experience.

This album and others can be purchased on CD Baby (www.cdbaby.com) Rainbow Records Variety Store in Lauderhill, Florida, Itunes, Rhapsody, GospelReggae.com and other digital websites.

Song of the Year Award from the Love Gospel Radio Station in Association with G.A.D.T. International for the song May Pen Medley from self titled album

Award for Male Artist of the Year (www.kingdom-link.com)

2nd Chance can also be found on these albums: