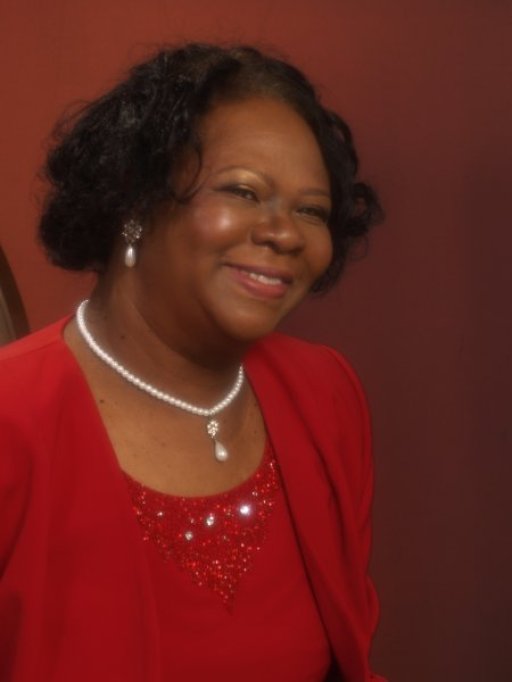 
RECORDING ARTISTS FIND YOUR HIT Mrs. Perkins has achieved global name recognition and is the recipient of many prestigious awards for her songwriting abilities. Her song "I Got Power" was included in the NBC data base for the Beijing Olympic Aug 2008. These songs resonate with anointing and are sure to touch hearts and change lives as they inspire believers and non believers alike to examine their relationship with God. Mrs. Perkins has the awesome ability to write in many different styles i.e. Gospel, contemporary, country etc and in a way that has universal appeal to all listeners. These songs are masterfully produced demo showcasing her songwriting abilities. Mrs. Perkins is a songwriter not a singer and acknowledges the dynamic talents of the many demo singers on the demos with special Kudos to Ms. Brandie Nelson whose outstanding voice is heard on many of the demo and also is an upcoming and arising recording artist Talented producers i.e Walter Jones (Gifted Productions) NSS, Kenneth Taylor (Good Shepherd Prod). Mrs.Perkins' songs have been included on many compilations CD. All songs are available to recording artists, TV/film, plays etc.

3-14-11 featured on www.songwritersvantage.com.
7-10 songs "It Takes Faith and Shut Your Mouth Satan selected as finalist in Hottest New Artist contest.
7-10-09 "Where Do They Go" Honorable Mention 16th Billboard

4-14-09 "Where Do they Go?" Street Team Urban Series Vol 2
3-2-09 "Can You Use This Vessel?" Top 10 Broadjam.Com
2-09 "We Give You Glory" February winner Song Of The Year
2-09 "The Altar Call" The Soundcheck Vol 1 Compilation
1-09 "Just A Little Faith" winner January Spiritual Song of the Month at Broadjam.Com
1-29-09 "We Give You Glory" semi-finalist Mike Pinder's Songwars Songwriting Competion
10-08 "Don't Wreck The Train" Music To Live By ( Roo Records)
9-08 FINALIST "We Give You Glory" UK SONGWRITING CONTEST 2008
SEMI-FINALIST (Where Do They Go? My Worship Is My Warfare,Don't Wreck The Train)
7-08 "Where Do They Go" Nominated for Hollywood Music Awards
4-08 "I GOT THE POWER" included in NBC's music catalogue for 2008 Olympics in Beijing
2-14-08 "DON'T WRECK THE TRAIN" FINALIST IDec 07 SONG OF THE YEAR
1-2-08 2 time nominee MONENTUM NOMINATION WORSHIP ARTIST OF THE YEAR
11-30-07 Spotlight Interview on www.fbccradio.com
10-2-07 signed publishing contract with America's New Artist Music
9-8-07 Featured Storytelling Songwriter on the Narrative Music
6-18-07 SONG "VICTORY DANCE" Music for life
1-07 Featured artist Gospel Synergy Magazine
6-1-07 "Don't Surrender" Music for Troops Support the Arts distributed to Troops at USA Airbases Overseas
6-07 "God Want to Be Loved" Top Ten at www.broadjam.com
6-07 "My Eyes Wait" selected Makeastar compilation www.makeastar.com
4-07 "My Worship is my Warfare" Top 10 at www.broadjam.com
2-07 "MY EYES WAIT" winner of January Fresh Start Contest at www.Broadjam.com
7-06 'I CROWN YOU' published in songbook via www.pianopress.com
5-06 "The Master's Hand" Runner Up in the Song of the Year
1-06 "I LEARNED TO REST" IRL CD compilation in Midem, France

Mrs. Yvonne Perkins is a prolific gospel songwriter whose music ushers the true believer into
the realm of worship and praise. Her focus is to encourage believers to use these powerful
spiritual weapons. Mrs. Perkins states she has two passions. Writing songs is one and
Intercession is the other. Mrs. Perkins is an awarding winning songwriter who is gaining
worldwide recognition for her songwriting abilities. Mrs. Perkins stresses the fact that she is not
a singer and gives high praise to the talented people (recording artist Brandee Nelson in
particular and so many others) who contribute to making masterful demos to entice gospel
recording artists. She has been divinely connected to masterful producers i.e Walter Jones
(Gifted Production) Kenneth Taylor (Good Shepherd Productions) Nashville Song Svc and
Shonte Darby (All of her songs are available to recording artists, tv/film licensing, plays, etc.
Many of her songs are included on different compilations i.e. 2-09 "The Altar Call" The
Soundcheck Vol 1,4-14-09 10-08 "Don't Wreck The Train" Music To Live By(Roo Records)
"Where Do they Go?" Street Team Urban Series Vol 2,6-18-07 SONG "VICTORY DANCE"
Music for life. She has won or placed finalist or runner-up in major songwriting contests i.e.
Song Of The Year, "We Give You Glory" UK SONGWRITING CONTEST 2008,7-10 songs "It
Takes Faith & Shut Your Mouth Satan finalist Hottest New Artist contest. Her music has been
recorded by several recording artists: Diana Wills, Trish Standley, Faye Mosby, Arnetta Yancey,
and Michael Stewart.
Mrs. Perkins reveals that she has a passion for prayer, intercession, praise and worship. She
loves the sound of prayer and to be around praying people. She has been a member of
Standing In The Gap Ministry,founder Prophetess Rose Mary Blackwel, for over 20 years.
Prophetess Blackwell has mentored her and allowed her to function in various areas. For 16
years she facilitated as well as train others in Intercessory Prayer. She attributes this fact as
contributing to her growth in intercession. Mrs. Perkins is a member of Gideon 300 at her home
church, Monument of Faith. She also facilitates the Standing in the Gap Prayer line 3 times a
week. She reports that she is in the process of launching her own intercessory prayer ministry
in the very near future as she pursues the leading of the Holy Spirit to provide guidance in
writing the vision and pulling together a team to assist her in doing prayer workshops and small
group training in the art of Intercession.
Contact: www.forhisgloryyp.com
yperkins10@msn.