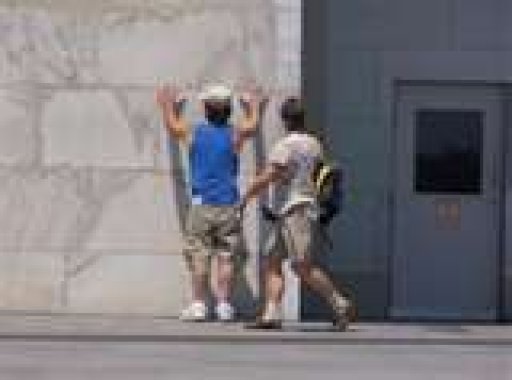 i'm a Conservative Christian American with serious intent. My burden is to restore families and to recapture what's been lost with respect to our nations history and heritage.


Q. What aspect of making music excites you the most right now?
A. Well...when it comes to my genre, it's evolved into what we've all been waiting for. It took a while for the cream to rise to the top because many thought it wasn't possible...that's about to change.

Q. What aspect of making music gets you the most discouraged?
A. The times that we're living in are unlike any other in history. Music is the window to the soul and our world is getting darker and darker every day...too many artists are taking advantage of that right now. Instead of being responsible creatively, they're using their talents to promote the disintegration of the family and of society itself.

Q. What are you up to right now, music-wise? (Current or upcoming recordings, tours, extravaganzas, experiments, top-secret projects, etc).
A. I've got a project underway right now due out in early September. What I'm really looking to do is collaborate with others of like passion who have a burning desire to make a positive difference...but I'll go it alone if I have to...

Q. What's the most unusual place you've ever played a show or made a recording? How did the qualities of that place affect the show/recording?
A. I usually do most of my creating outside the studio...in the van, at the park, on my way to work, at lunch break...I like how KJ-52 (5-tweezy) says it in one of his tracks..."I'll grab a napkin if it's all I got ta write on...hittin' ya so hard ya feel it in yer protons"...or somethin' like that. I haven't taken it on the road yet... As far as recording goes...you need to be in a professional studio with a quality sound engineer that understands what you're trying to do to really make it happen.

Q. In what ways does the place where you live (or places where you have lived), affect the music you create, or your taste in music?
A. Probably in every way. Your style is heavily influenced by how and where you grew up; you can't escape that part...

Q. When was the last time you wrote a song? What can you tell us about it?
A. We vacationed in the Smokey's not too long ago with my brother 'in law, his wife and all of our kids...it was needed trust me, anyway I couldn't get the fans out o' my mind (even though I was supposed to) and ended up writing a whole mess o' lyrics. I can't turn it off...I've got a lot to say, (laughs).

Q. As you create more music, do you find yourself getting more or less interested in seeking out and listening to new music made by other people...and why do you think that is?
A. I have noticed that I listen to myself more than I do anybody else lately but I'm in the creation phase so I guess that's expected. Every time I listen to a track I try to imagine that it's the first time. You get a really good feel for your project after about a zillion times of hearing it, you want to present it in a way that is pleasing to the ear and leaves a good taste in their mouth when they walk away...this IS art after all.

Q. Lately what musical periods or styles do you find yourself most drawn to as a listener? (Old or new music? Music like yours or different from yours?)
A. I'm into the new music although growing up on the west cost as a teen during the eighties influenced my flavor. I've noticed my style's kinda wacked at times...but it is what it is ya know? As far as genre, it's got to be Christian. There's too much deception out there to be playin around...be yourself that's what I say...

Q. Name a band or musician, past or present, who you flat-out LOVE and think more people should be listening to. What's one of your all-time favorite recordings by this band/musician?
A. Casting Crowns has got to be my first choice...and it would have to be their song, "Praise you in the storms"


My testimony
From tha time i was born, i was destined for trouble. My dad walked out on us when i was 11 months old leaving Mom to raise me and my sister alone in tha 70s (not as easy as it is today). She was shortly after introduced to my stepfather.

He was a mans man, grew up in NYC, worked construction...etc. and my mother felt safe with him. We used to do a lot of stuff together him and me, we were good friends; but even as a little kid there was somethin' inside of me that never trusted him.

She ended up marrying him and he moved us out to California (against tha wishes of me and my sister, who was older and stayed behind) Mom thought it was best because i wasn't very good at being...good. She thought having a man around full time and tha change of scenery would help but for me & sis it only got worse. It would have been a good idea in a perfect world but that's somethin' that this old world...ain't

The booze eventually pickled his brain and he became abusive. i was constantly running away and ended up in juvenile hall a bunch o' times. i started drinking and using drugs when i was 10 so it didn't take long for "tha avalanche" to begin. California during tha 80s was ripe for kids like me, believe it and there were plenty of things to do to get into trouble.

Anyway after many times of leaving, she finally did (she'd been going ta college for a nursing degree) for good. Looking back now, i realize what a devoted wife and mother she always was...i just couldn't see it then...it was all about me at that time ya know?

So she picked me up from juvenile hall (again) when it was time for my release and brought me to our new apartment. This time, i knew it was for real, we had always stayed with friends but now it was different. It was official. Her plans had been realized, she had just been biding her time goin' ta school. Before that, i couldn't turn on tha t.v. without his permission, i couldn't just go in tha fridge and grab somethin' ta eat...he was always watching...every move, every sentence, every chore...there he was glarin' at me. He used ta constantly put me down and try ta make me feel stupid...at times it felt like hell on earth; but she'd finally left...needless ta say i was jazzed (understatement).

She worked tha nightshift at tha hospital so i had free reign but she knew that it was what i needed. i'd been under his domination for so long, i didn't really know what it meant to be home. i threw mad parties and almost got us kicked out a few times...until he moved in.

Pastor Paul Leavens...a preacherdude, next door. i didn't let it bother me. i was friendly to him but ya know. He was a nice guy and all, i just didn't really trust any one. Mom started going to his church and i'd even went on a few occasions but really didn't like it. There was nothing but old people there (no disrespect intended this is simply how i felt at tha time). It made Mom happy though and i liked that, she'd been through so much up until then.

One day he asked me ta go out ta lunch. i was a little leery but couldn't pass up free food (bein' a teen and all) so i went. We had a good time, he didn't try ta get me saved, he just loved on me. It went really well. He took me out a few more times until he began ta slowly tell me tha truth about who God was. That He was a God of love and mercy, that He didn't want me ta go to hell and how much it took for Him to make that a reality. Mom always said that everyones got a little good in 'em...that there was no such thing as a bad boy (that philosophy was birthed out of tha world wars...she just didn't know any better until later in life). Well, since i was so good at making such a mess of my existence...that old line wasn't working anymore, i needed answers and this guy seemed ta have 'em. i'd always thought that He was up there ready ta clobber me when i messed up so i never wanted ta talk to 'Em.

He eventually did lead me to tha Christ (a concept i was vaguely familiar with) and i knew that i had met God personally.

i asked Jesus into my heart and life and it hasn't been tha same since! i was a bigtime metalhead and played in a bunch of different bands, worse yet, i loved gangsta' rap like EZ-E, digital underground, Ice-T, etc. so my mind was mush when it came to spiritual things...i was definitely a "baby Christian" with no idea how ta walk so this guy (i didn't even know) began ta disciple me and eventually i was baptized. It wasn't until i actually started readin' tha bible for myself that any real lasting change happened but he (through tha promptings of tha Spirit) laid a strong foundation.

(discipleship is a process)

To this day that stuff is still in my head, (i imagine it never leaves) but there's nothing i can do about that, other than turn around and use it for Gods glory.

i believe very strongly that evangelism/discipleship is at tha very center of Gods heart. There's a lot for us as believers to disagree on...and most of that is OK...God doesn't mind rigorous debates; but one things fo' sure...He wants people saved!

Since tha accident, i've been doin' a lot of reflecting. Mom always wanted me ta use my music and my love for tha english language fo' Gods glory i just...never did ya know?

yshwa4life,why this name?
...it's all about Him.

How, do you think, does the internet (or mp3) change the music industry?
it levels tha playin' field fo' new Jacks with mad talent

Would you sign a record contract with a major label?
...i'd have ta pray about it.

Favorite spot?
My favorite spot would have ta be in my bearchair at tha house. It's not really a bear but it's what we call it. It's big,brown,soft and comfortable (without tha teeth) and my bear collection is next to it on tha table (extensive).

My favorite city? i don't know if i' got one, i've been to a lot of 'em but my hometown is Schenectady, NY.

Are you married?
Yes to my teen sweetheart...we've been together for 18 years this past October (2007) and have 3 children two in high school, one in middle school, man time flies. Anyway aside from meeting my maker, she's the best thing that ever happened to me, everything before that is just a big blur. We've had trials but God is faithful...why she stuck around is beyond me; but i'm grateful that she did because my life just wouldn't be the same.