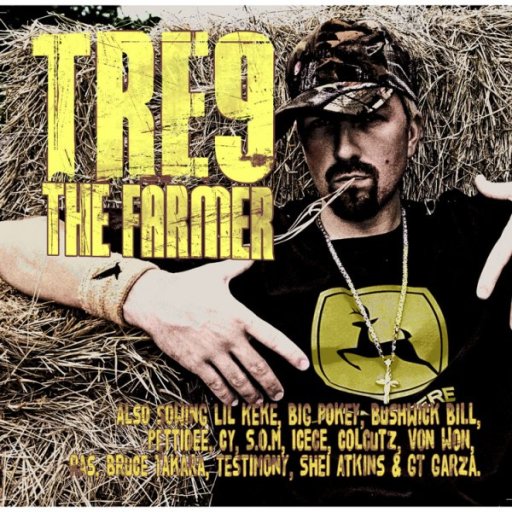 The hardest working man in Houston, TX is a reputation that Bobby Herring is well deserving of. He started Much Luvv Records in 1998, with expectations to make positive hip hop music popular in the world in order to better the lives of people. With two releases of his own and six artists signed to his label, Bobby Herring has been acting on the vision. He uses his business savvy which he acquired through his building maintenance company, the Cleaning Critters which he founded in 1995. After years of running his company, which grossed over half a million dollars for the last two years, Herring is not ignorant when it comes to handling his business. Now he is faced with the much more challenging task of taking hip hop music, without the negative imagery, to the masses.

For the past four years, Bobby Herring has spearheaded the Hip Hop Achievement Awards in Houston, TX. The ceremony honors over 30 artists, retailers, media companies and businesses that support positive hip hop music. In 2002, he called together Houston's elite to organize the Houston Hip Hop Alliance or HHHA for short. HHHA is an association of positive music industry artists, businesses, and ministries bringing their crafts together in order to develop their music genre. Tre9 is being recognized across the United States for his efforts. In 2002, he was honored at the hip hop music awards held annually in Atlanta, Georgia. He also sat as a panel guest at the hip hop summit in Tampa, Florida and in Oakland, CA at the Bridging the Gap Conference in 2003. In 2004 he toured locally and nationally to schools delivering a message of hope and encouragement to America's youth.

His album, The Farmer, features fourteen blazin' tracks. Tre9's lyrics range from "gettin' the club crunk" southern anthems to more serious topics about never giving up on your dreams. Every track is laced over bangin' beats by various producers from across the U.S. making this album more diverse than your traditional southern themes. Although Tre9 is from Houston, the newly crowned music capital of the south, his delivery is unlike any of his southern counterparts. He has the ability to bring the listener the traditional dirty south sound many have grown accustomed to, plus a incomparable style of his own that clearly dictates his message.

Tre9 is presently planning the 2006 Hip Hop Achievement Awards, preparing for the release of his album, and celebrating his building maintenance company's tenth year. He is also touring throughout Houston area schools, teaching youth character development and self confidence with the URGEWORKS Company. Be on the lookout for hip hop's next rap sensation. The Farmer will be droppin' hip hop seeds in neighborhoods everywhere and a harvest is sure to come.