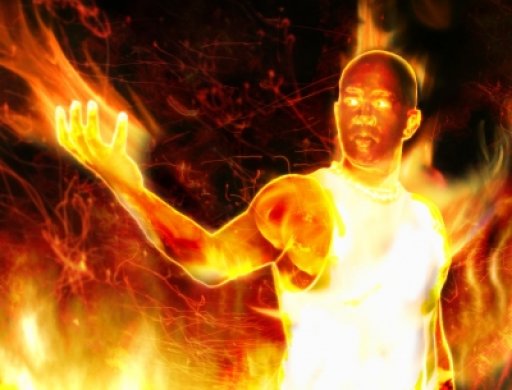 Tyree Posey aka T-Flame was born in Houston,Tx.T-Flame started rapping at the age of fourteen.When Tyree Posey was the age of seventeen T-Flame was also known as Psycho Prophet from a four member group called Wasteland Prophecy he and his half brother Anthony Jackson created, Tyree Posey aka T-Flame, who is now an establish gospel rapper, began creating
many variations of their self-proclaimed young Houston
rap artist.  Through their ups and downs, relentless additions and cuts to rap groups created, the nucleus always remained as the two brothers with
the addition of Robert "Da Wicked 1" Moore aka Mr. Doughnut-man; but it wasn't until the established Wasteland Prophecy split where Tyree
Posey finally found his voice and christened himself as T-Flame. No longer was he the Psycho Prophet, but wanted to take the battle of many activist before him has tried by make fun songs but always give the truth within his lyrics.  To achieve this goal, he began by using his poetic play on words and vocabulary to try to infuse within them as sense of social awareness, responsibility for one's actions, and above all morality.  Style wise,people has given him the constant comparison to Bone Thugs N Harmony, story-telling of Tu-Pac and with many other great names to compare with should be shown within his work without the need for name dropping. Each stone walked upon his path, for Tyree Posey was not a stable footing. He tried many ways before breaking to the business as a solo act.