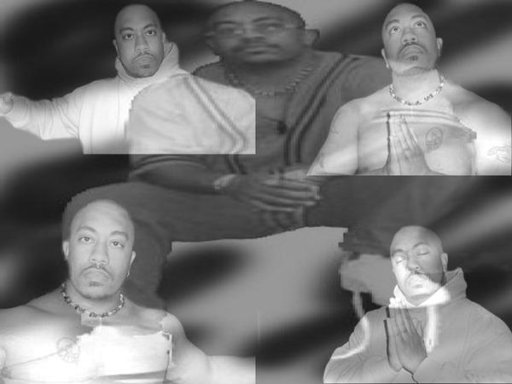 Prophet [proËf'iËt]
–noun
A person who speaks by divine inspiration or as the interpreter through whom the will of God is expressed.

Propheci [prof-uh-see]
–noun
Divinely inspired messenger for a particular people (Hip Hop), during a particular time (now), in a form of communication they will understand (rap).


Detroit is synonymous with hard life. And that is also true when it comes to recording artist, “Propheci.” Born & raised in the city known as the murder capital of the world, Propheci defied the odds. He survived the drugs, gangs, murder and every other disease of life thrown in his direction. How did he do it? Why is his story different? Ask Propheci and he’ll gladly tell you, “I didn’t do it; I couldn’t do it….God did it! Why? Cause He loved me such that His only begotten son died for me!”

Propheci, when faced with his fork in the road, he choose a path that led him to lawfulness rather than lawlessness; with him becoming a police officer in Detroit. After surviving two shootings, a stabbing and several other tragedies, Propheci left Detroit and moved to Savannah, Ga. There he survived a near-fatal motorcycle accident; which makes it clear that he is no stranger to tragedy and why this “victorious warrior” is always ready for spiritual battle. Propheci makes sure his songs are built upon God’s Word whether it is directed towards the street or the church.

He has been known to rail against police brutality, misogyny in Hip Hop music, economic inequality, materialism in the Black community and maybe his favorite target of criticism, the Church and its ungodly policies.

Propheci is causing quite a stir with his song "Blasphemy", a blast on churches & preachers who preach it, but don't live it. Many in the church were none too pleased and mainstream media criticism was unsure of its stance. Propheci is no stranger to controversy.

Controversy, however, is something with which Propheci willingly flirts; and he expects more of it now that his new album, "Propheci: the Man, the Music, the Ministry", is complete.

Although Propheci directs significant criticism at Church policies, this is not the driving factor in his life. Rather, finding the lost and shedding light on the truth is what motivates him. "This [album] is much more a labor of love and a commitment to wanting to have truth heard than it is an economic undertaking, cause we (rap ministers) as a whole are not supported by the Church," says Propheci. "And there is no greater burden than being spiritual in an unspiritual world."

It is unclear whether " Propheci: the Man, the Music, the Ministry " will have the kind of echo Propheci hopes for. As a controversial artist releasing an unambiguously controversial album, Propheci knows that he is fighting an uphill battle. But at this point in his life, he feels that he has come too far to turn back now.

"It's much more difficult for me to enjoy life now," laments Propheci, "knowing what I know and seeing the conditions that exist."

Of Native American and African American heritage, he grew up being the only male in the home, after his mother and father separated. Fortunately, Propheci's father maintained an exceptionally close and nurturing relationship with him and continued to rear him in a positive manner.

Propheci has always been raised spiritually and in the church. Propheci had an innate feeling of a spiritual purpose from the womb.

Propheci's musical endeavors began in 1986. As early as the age of 9 he was telling his family he was going to be an entertainer and a great man for God. In 1995, Propheci began managing several young secular rap groups. Towards the end of 1996, God put conflict in his heart. Instead of helping the youth by getting involved with them, he was actually serving Satan. His rap groups were degrading women and expressing violence, emulating their only role models; secular rappers. So he forever left the secular music world.

Propheci always asked the Lord, "When will my time come?" Well 1998, God answered, "It begins now and rap is your pulpit!" So Propheci hit the studio and began recording; releasing his first single on his birthday; March 31, 2000. Since then, Propheci started producing, which gave birth to his own label, “Do U Believe! Gospeltainment.”

When asked why he does what he calls holding clinic, Propheci states, “Cause the well don’t need a doctor, the sick does!”