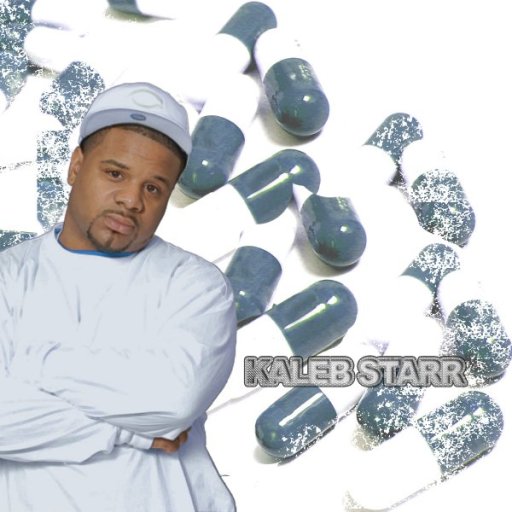 Holy Hip Hop has invaded the nation and everyday it is becoming more and more popular with fans around the world. From the US to the UK emcees are stepping in the booth and delivering the truth about Jesus the Christ. Unfortunately, in past times, gospel rap or holy hip hop has gotten a bad rep as being something corny and lacking true artistic talent. Well, here to change the minds of fans around the world, is Kaleb Starr.

Kaleb Starr , a name symbolizing being a Bold Light, derived from the biblical character, Caleb and from the star that led the wise men to where they could find baby Jesus. Today, Kaleb Starr is that bold light, using the God-given ability to deliver the Word of God, his personal testimony and messages of hope to fans everywhere. It's very cliche to say that his music is something that you've never heard before, but it's being truthful to say that no matter what your style is, you WILL love Kaleb Starr. Considered a gospel rapper because he is a rapper that spits Christian content, however Kaleb Starr isn't afraid to get in the streets and dump bars to cats that haven't seen the inside of a church in forever!

The bars, the metaphors, the hooks, the beats, all that comes easy; that's just the gift. It's the anointing, the content and the genuine outreach to his fans, that fans have grown to love and appreciate. "I want Christ to look in the book of life and see all of my fans names," raps K.Starr in his song entitled "Beacons to the Lost". K.Starr adds, "It really is my desire to see everyone that listens to any song that I do, come to Christ. Really, because after the bars and the beat, all that's left is the Word of God and the message of hope."

A life journey that has taken Kaleb Starr through most of the US has given the Cincinnati emcee an abundance of experiences to share in his music. And what has all that experience taught K. Starr? "...that, no matter what, you gotta trust God" says K.Starr. In his first release "No Matter What", he embeds that message in his fans from track 1 to track 18. His style is diverse, his lyrics are insightful and his mission is to "show the hopeless where the hope is" no matter what.
View All

Kaleb Starr » Forum
There are no forum topics to show