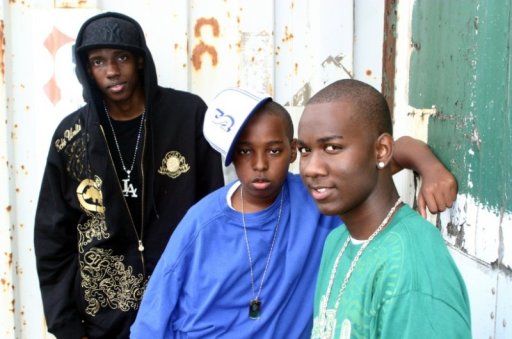 A 16 year old, a 12 year old, and a 15 year old. No one but God could have put these three together. Now they are 18 (Stephy Jey), 13 (I.C.E.), and 16 (1 of a Kind). They make a flavor so diverse, and set aside that you can't say " oh they sound like what's his name"! Praise be to God they are very tight in there relationship with Christ and with each other, but that was a process which is even still perpetual. They all came to the group with different issues, hurts, fears, and visions. God used those differences to to exfoliate the rough edges on them each and to uproot some internal weeds.
The group beat the statistics (praise be to God) of the average group length, but they came close to calling it quits more than once. After the group almost split half way through the recording stage, God revealed to themhow the enemy hated what they did and hated them being together as brothers. They then individually, and as a group had to make the choice to be prepared for whatever the enemy threw at them next. Riteous indignation rose up in them and the moment they decided they were going to be Battle Ready, God revealed that action as the Project/Album title.
The group has been threw many tribulations, but many great times also came. They began to recieve more show opertuninites and were blessed to travel to TN to learn from the world renound stage coach Tom Jackson! They even appeared on JCTV! They continue to learn what being a true minister is and they seek God in every creation session to master their craft. This bio continues to grow as time progresses.

Willie Will, Advocate, Sharp Skills, and others