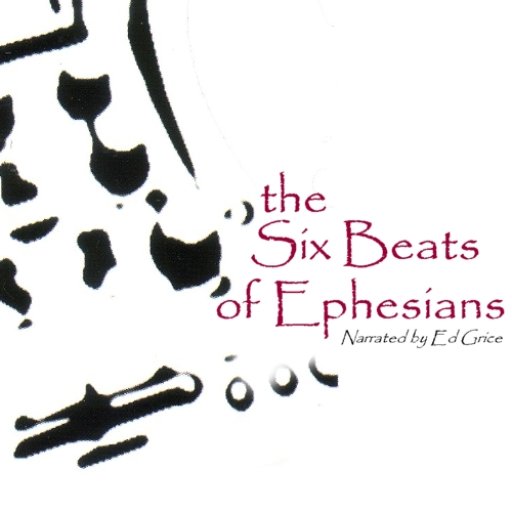 Ed Grice, is the signature voice for Ephesians Six Ten Productions. An Audio Production company that is most known for providing audio production solutions, like radio commercials, voice imaging and audio for video production. Their newest venture is a devotional resource that combines hip-hop and urban music with a dramatized narration of Paul’s Letter to the Ephesians titled "The Six Beats of Ephesians". The project utilizes an urban mix show style approach with transitions, and voiceovers that the company is most noted for, along with variety of different hip-hop and urban music styles that provide a canvas for each chapter of the Book of Ephesians.

In the late 1980’s Ed Grice, committed his life to Christ, and began his service in the Kingdom of God as D.J. E.S.T., with one of Holy Hip Hop’s, pioneering groups Apocalypse, in Houston, TX. The group was discovered by P.I.D., and was signed to Frontline Records, out of California. Apocalypse, also produced and hosted a Holy Hip Hop television program, that aired on local Christian television station KLTJ, and was later syndicated to other cities in various parts of the Country. Ed Grice, hosted a teaching segment, produced music, and ministered in song as a regular on the program. Apocalypse, worked along side pioneering Holy Hip Hop artist like P.I.D, D.O.C., S.F.C., Dynamic Twins, Scott Blackwell, and others.

Ed Grice, has served in radio and broadcasting for over 17 years. He is known mostly for his work at the former KYOK-1590 AM, in Houston, TX. In the early 1990’s, KYOK was one of the Country’s few all Rap/Hip-Hop stations (attempting to mirror Southern California's former KDAY 1580 AM). It was during this time that Ed, hosted Houston’s first Holy Hip-Hop Radio Show on KYOK, that aired on Sunday morning’s. In 1995, after KYOK was sold to Faith Broadcasting and formatted for Gospel Programming, he joined the staff as an Air Personality and Music Director. During his time at KYOK, he experienced God prospering the works of his hands and advancing his career to serve as Program Director / Station Manager, and taking on various on-air shifts including hosting the "Wake Up & Worship Morning Show". During Ed’s, four-year tenure at KYOK, his contributions to Gospel Music and the Community were acknowledged in several ways including being featured in the Gospel Music Industry Round Up in 1999 as one of the Countries influential Gospel Radio Programmers. While KYOK, was owned by Faith Broadcasting, it remained in the Gospel format four years then sold to ABC, and formatted for Radio Disney.

Just prior to being honored by the Houston Holy Hip-Hop Achievement Awards in 2002, for his pioneering contributions to Holy Hip Hop in the late 80's. It was impressed upon him by God to return to hip-hop ministry with a vision for providing worship centered hip hop resources that reach beyond evangelism, to aid in discipleship, edification, and spiritual growth. The first installment was "Chronicles of Worship-The CrossRoad Mix Show" release in late 2004. "The Six Beats of Ephesians" marks the second installment in those efforts, and the beginning of what hopes to be a series of urban dramatized scripture narration projects.

Ed’s, vision for "The Six Beats of Ephesians" and subsequent projects like it, is to have them embraced by Pastors and Youth Leaders as devotional resources, and teaching tools for Christian discipleship, and spiritual growth. In an effort to do so, Ephesians Six Ten Productions, has developed group discount and fund raising programs for Churches and Youth Ministries.