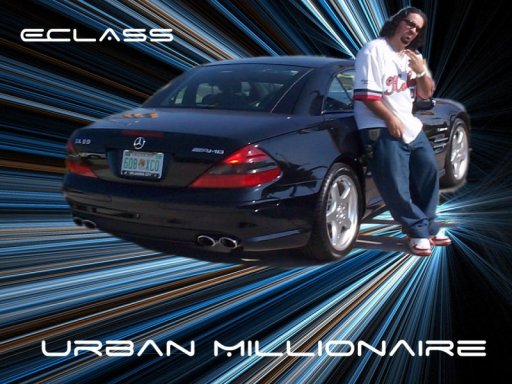 E_CLASS was "Born to RAP" He was born and raised in Mannheim, Germany.

He started Rapping when His brother handed Him 'FAT BOYS Lp and The Rap song "Survivor...Only The Strong Can Survive" E_CLASS bought flipped out and GOD imparted E_CLASS with A fast flow and unique style..combing His accent with His gifted dialects and multi-languages. This "Triple + Threat" Spellbounds all listeners...wanting more!!

E_CLASS was introduced to His Beautiful Wife/Manager by GOD Himself!

GOD called E_CLASS Out Publicly before The Congergation Crowd at a Prophetic Meeting and Said E_CLASS was Born To RAP.

"E_CLASS been Rapping since a Teen in concerts...shows...malls..radio stations...internationally and nationally....He is always on His Grind trying to take care of His Blessed Large Family whom He Loves.

E_CLASS is 'driven' by The Word of GOD HIMSELF Promising E_CLASS Success to do it for GOD "all the way" That's "E's" Passion behind "Urban Millionaire" Success GODs Way for such a time as this. "Hope in the Hood" "Rise above Poverty People! E_CLA SS and Family been there and is still there waiting for GOD to lift Them Up...just like The JEWS Coming out of Bondage...Its Time We all Come Out With JESUS Our Guide..."FREE AT LAST...FREE AT LAST! THANK GOD ALMIGHTY..."WEs FREE AT LAST!" satan and his workers have been warned! "LET MY PEOPLE GO...LET MY PEOPLE GROW" CHECK IT OUT! "URBAN MILLIONAIRE" DOWNLOAD IT NOW...SUPPORT GODs WORK ! 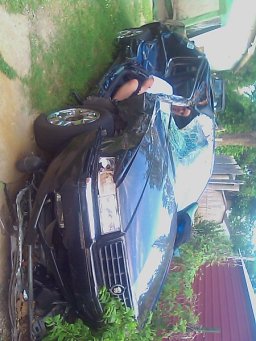 "No Way--OUT!" Who knew it would happen that day? June 26, 2007. E_CLASS had just got off work and hadn't even went into His Home and kissed all His six Children. As a matter of fact, He hadn't eaten since lunch andit was just after five p.m. Hungry and tired from a day of hard labor work as a carpenter, E_CLASS didn't particularly want to roll that day...but did, to get His Son some shoes. Just blocks from His Home...That's when it happened....C R AS H>>>B A N G>>>B A M!!!! A terrorist drunk driver came head-on, crossing the medium and wouldn't stop! satan's worker in the natural manifesd! E_CLASS Wife was driving and said "Baby Hold On" This idiot is trying to kill us....JESUS will Saves Us"...Its gonna be alright" S I L E N C E>>>>> A Loud Bang, then metal bending and colliding and scraping and glass breaking and being HIT SO HARD BY A RENTAL TRUCK...It was Ear deafening, Head jerking hard, and body twisting and bumping and hitting everthing in contact, till......S I L E N C E OF TIME>>>DEAD SILENCE! From that point everything was silent..till GOD turned the volume of Life Up and Some Elder Woman screamed Out "Somebody! Stop Him! He's trying to run! there He go... Stop Him.. The LORD ain't gone let You get away with this... Stop Him...He ran into that field...there He is... Stop Him!" E_CLASS Wife was awakened from unconsciousness by the smell of smoke and yelled "fire!fire!" "come on boo, lets get out of here" "come on".."why aren't You getting out..Come On!" Then, as She looked towards E_CLASS, His skin is ghostly looking...pale, His eyes are opened but He ain't moving. E_CLASS WIFE kicks opened Her jammed door, runs to E_CLASS side, tries to open door...jammed...leans into window and....(TO HEAR ENTIRE STORY COME TO E_CLASS CONCERTS) WILL BE POSTED LATER!!! JESUS SAVES RAPPER!