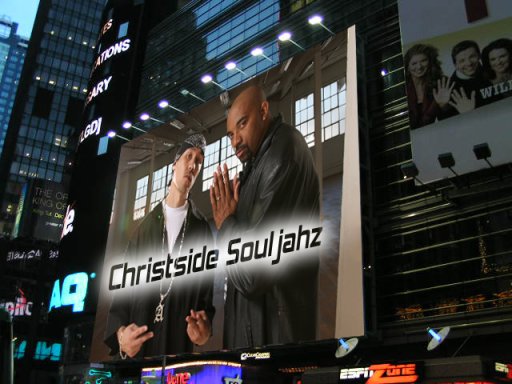 In a youth culture dominated by materialism, exploitative sex, decadent fantasies and artistic redundancy, Christside Souljahz marches to a different drummer. The scope of their mission is trained on the streets and music is the ammunition aimed at the hearts and minds of the youth lost to the ravages of their generation. A gathering force, bringing the good news of Christ'smessage of truth, love, healing, hope and compassion, eloquent in the language of Hip Hop, Christside Souljahz has given a positive voice to the hidden aspirations and dreams of youth too long ignored by both the media and orthodox tradition. Like the Pied Piper, Christside Souljahz beckons to the young as they follow the call to realize the divine inheritance that "the system" would deny.
As a vital force in the community and in the beleaguered world of Hip Hop, these veteran rappers rise to the occasion with lyrics that justify their name. They don't just rap about hardship and healing, ruthlessness and redemption, their art in effect does something about it. The charismatic duo of ANC and Ace DOG arrive like a hurricane at group homes and Juvenile Halls to arrest the consciousness of alienated and misguided youth. They reach the young where they live and lead them to the living Christ, that higher calling latent within us all. With caring hearts, a rhythmic resonance the youth can identify with and a message that won't quit, the music ministry of Christside Souljahz is a last resort for children abandoned to the consequences of history and their own folly. For the so-called "endangered species" imploding and under attack, this spiritually resourceful music has been known to save lives and heal souls with cross-cultural inspiration. "Joshua fit de battle of Jericho" and Christside Souljahz fights the battle of mean streets.
View All 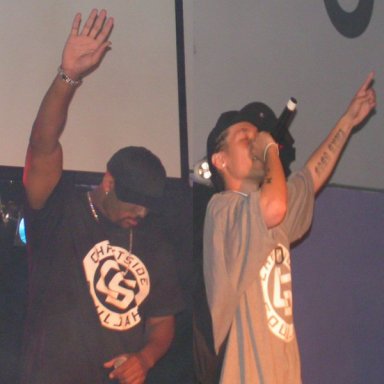