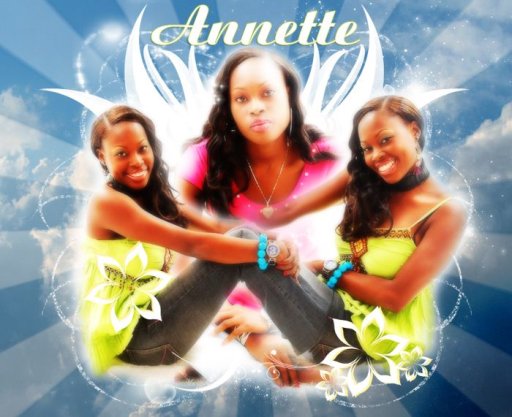 According to fans, Annette possesses the vocal range of Mary Mary and combines that with the effervescent style of Beyonce while still maintaining enough originality not to loose her identity in the shadows of her predecessors.

Born April 5, 1983 in Port Harcourt, Nigeria as the second of 3 sisters Annette is no stranger to singing, performing or ministering. Her older sister Loretta is also a cutting edge R&B singer. Her incredible vocal range separated her from her peers at an early age and she started performing publicly by the time she was 16 in the dynamic duo she formed with her sister called Annie and Lori. She further pursued her music career by joining an R&B quartet to form the quintet FM Heaven. They were very well received everywhere they went as it was evident they always came with a blessing.

Between the two groups Annette found herself performing in a variety of venues in her home city as well as in other states and cities. She has performed in crowds ranging from 50 people all the way to over 10,000 people at album releases and concerts. She stayed behind the scenes as a background singer for several Nigerian artists like Ebiere, Numen, and several other independent projects. While doing that she honed her own skills and waited for the right time to make her debut.

âI always understood that music was a gift God had given me. However I didnât just want to sing. I had done that, I had felt the rush of thousands of people applauding. What was more important to me was being in a situation where I knew for a fact that people were being delivered and touched by my music. Even if the offers continued to come, I wanted to wait for the one that I knew was ordained by God. Itâs all about HIS will and HIS timingâ

Annette also used the time before she made her debut to work on her skills as a writer. She found her identity as an artist and as a Christian used that as the necessary footing to improve on her own writing and delivery. She has grown to become a great writer of lyrics and composer of melodies. She continues to serve faithfully in her church as one of the leaders in the choir. She has also been a member of a dance group but admits that her primary love is singing.

âI love music so I fall in love with anything that has music associated with it. While I enjoyed dancing, it did not in anyway compare to my love for singing, song writing and composing music. My ministry is in singing. I love to see my music touch girls that have given themselves over to prostitution and promiscuity and just remind them that they are still princesses in Godâs eyes. Every time I see one people get touched, I feel aliveâ

Annetteâs dynamic on the album can be heard in songs like That Girl, the all girl anthem featuring Malachi recording artist UtchiWali, Livinâ 4 where she collaborates with 3 other Malachi artists, Holy Ghost Party â the vibrant delivery with Malachi artist Otis that is sure to get itâs listeners moving and she also features on Mama giving it the touch like only Annette can. 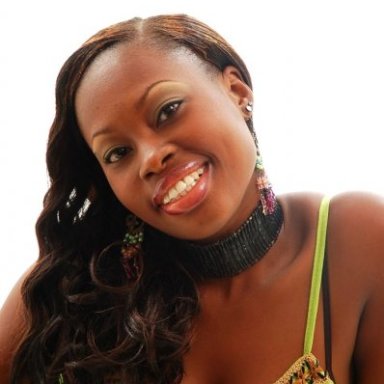