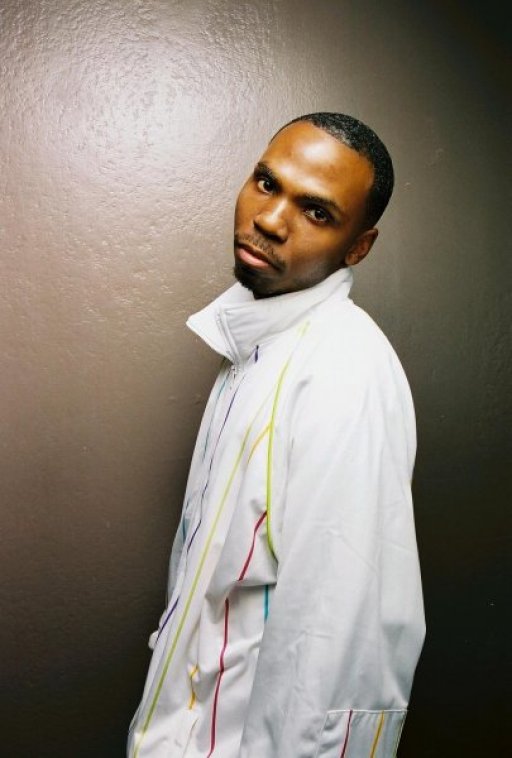 "I thought my Jesus piece was so harmless," â¦said Kanye West. Not when it comes to rapper, beat smith entrepreneur, and ordained minister Von Vargas. A 'certified' Jesus piece breaking Holy Ground, Von Vargas exemplifies the difference between life and death, left and right, victory and defeat, and king and peasant. Tried by fire and purified like gold, Von has the heart of a major Brazilian Diamond and is the "Jesus" piece to the music industry chain in which weâve all been waiting. With lyrics full of passion, fire, purpose and commitment, we all need a Von Vargas to refract The Light that Hip-Hop music often neglects or overlooks.

An underground innovator of the music, arts and entertainment industry, Von Vargas has aimed his focus since day one. Currently, he is the owner of an urban marketing music company, which allows him to maximize his talents while serving corporate clients. Von was formerly a promoter of fashion shows, after parties and a local record spinner (DJ) in most of the so-called hottest clubs in Baltimore, MD. With all of the experience he has gained from his journey as a music artist, Von's direction began to change when he received a mandate from the kingdom of God to make music that would make a difference in the industry and society.

Vonâs music glorifies True Life and leaves the average listener with true inspiration, substance and value. Born and raised in the west side of Baltimore City, Maryland, his knowledge of street mentality coupled with his profound ability to convey itâs pits and falls (to this generation), makes him a vital component to the future of the music industry. Affecting an enormous amount of inner-city youth, Von has empowered Juvenile Justice Centers, Mentoring Partnerships, Youth Outlets and much more. From radio airwaves to live performances, millions have heard Von Vargas' music. "When observing his ability to reach students through his rapsâ¦ the response it elicits is Phenomenal"â¦ says Cheneeda Carter of the MD Educational Opportunity Center. Von has shared stages with numerous shakers in the music industry, such as Universal/ Motown rap group "Pitch Black", Epic Records duo "Ruffendz", Gotee Records' "Jeff Deyo", "Helen Baylor", "DJ Quicksilva" of the Pepsi Cola DJ Club, "Coach Ken Carter" from the Motion Picture Coach Carter and local Baltimorean "Bossman," who has just signed with major hit maker Jermaine Dupri.

Mr. Vargas has just released a 12âsingle called "The White Label Singles" which are receiving steady spins in FL, DC, VA, NY, IL, MD and GA, amongst other places. One of the singles was originally from Von's previous LP "The Harvest" and is featured on the movie soundtrack "Detroit Hoopz", released in 2005. Von has also authored an accompanying book for his LP "The Harvest.â Von saysâ¦"you can only say or describe so much in a little 3 minute song. I wanted to get more in-depth with the thoughts and experiences I was going through at the time the songs were written.â

Hailing from Baltimore City, Co-Owner of Government Officials Communications Von Vargas has produced & performed local hip-hop jingle commercials; one for "Changes Enterprises"/ Co-opping w/ "Dickies Workwear,â which aired on The WB, ESPN & BET networks. This proves Von is a vital component to this generation. Von Vargas' raps include no expletives, yet his message is powerful and positive. Even though he may (have been) overlooked and underrated, he's definitely anointed like the great late King David. Von is a man with a clear and concise vision. He is bound to his purpose, to fulfill his destiny through music, and to make an impact in the industry by reaching out a hand to this hungry and deprived generation. Ladies and Gentlemen, I introduce to you Hip-Hop artist Von Vargas, or shall I sayâ¦ the 'Illest' Jesus Piece.