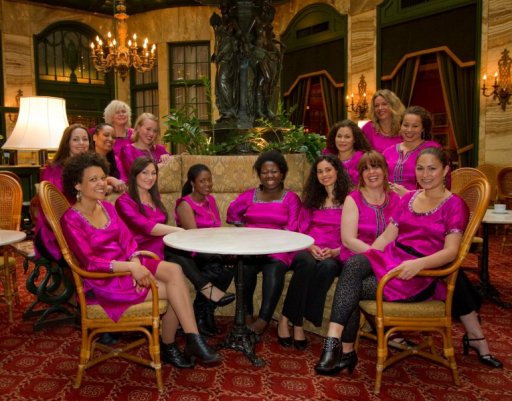 
Traces Gospel Choir, so named because the members can “trace” their roots to so many different backgrounds (African, European, Scandinavian, American, Indonesian, Sami and more), started in 2006 with 10 members, and has now grown to a 18 member woman’s choir. After a year practicing and recruiting members, Traces began performing in public, and people began to recognize the warm and slightly rough “American” sound the choir had in contrast to many other gospel choirs in Norway

Traces Gospel Choir has collaborated with a wide range of artists, including Magnolia Jazz Band, Karpe Diem, Trine Rein, Ost & Kjex, Rune Andersen, Espen Beranek Holm, Otto Graf, Odd Børetzen and Wenche Myhre. The choir has appeared on television and radio, including God Morgen Norge, NRK TV-aksjon 2010, and 21 August 2011 at the Memorial Ceremony in Oslo with Karpe Diem on the song "Tusen Tegninger". In November 2011, Traces finished its fifth season performing at the "Gospel Brunch" at Rica Victoria Hotel in Oslo, together with their regular band Einstein.