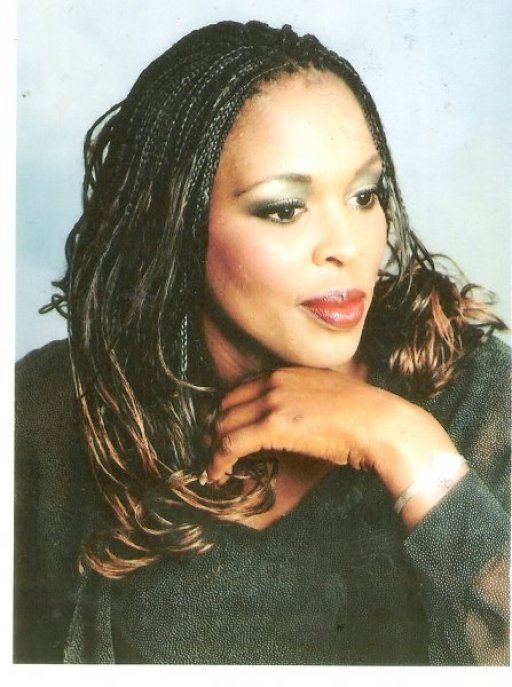 Born in Logan, West Virginia, but raised in Detroit, Michigan, Symintha Radford is the product of a long line of apostolic preachers, teachers, and pastors.  She got her start at an early age being pushed by her great grandmother along with her sisters and cousins to sing at every convention.  It would not be long before singing for God was her passion.  At the age of 16 she was received the Lord Jesus as her personal savior and received the baptism of the Holy Spirit.  She began to teach Sunday school, write songs, and poetry.

She received her first opportunity to sing as a solo artist with a small gospel group on tour in Las Vegas.  She performed Tramaine Hawkins’ “Don’t be Weary and “Holy One” as her first solos.  She accepted the call into the ministry while attending True Holiness Church of God in Christ, Lancaster, California.  She was also a worship leader and minister of music under Elder Paul E. Jones.

As the minister of music at Out of Egypt Ministries in Atlanta, Georgia, she provided special music during "Atlanta Live” Christian television programming in Atlanta, GA.  In addition to being a vocalist, she is a minister of the gospel.

She appeared as a background vocalist with the Potter's House Choir on the 2001 Stellar Awards singing the acclaimed “The Storm Is Over”.  She won the singles Talent show at the Potter's House in 2000.  She performed with the drama ministry at the Black Arts Theatre in Dallas, Texas as well as surrounding prisons. In addition, She is the two-time winner of the base-wide talent show at Edwards, Air Force Base, Edwards, California.

Throughout the 80’s, 90’s 2000’s she has opened for many gospel greats such as Shirley Caesar, the Anointed Pace Sisters, Tramaine Hawkins, the late great Rev. Ernest Davis, the late Thomas Whitfield & Company, and provided background vocals on various gospel CD's and albums such as the Potter's House Mass Choir "The Storm is Over", Minister Thomas E. Dudley and harmonious Voices for Christ Community Choir of Hampton, VA project “Hold to God’s unchanging hand”.

She is a Spinto-Soprano.  Often she is confused for an alto because her range reaches from the lower register to the high register of the piano. She is an experienced teacher and preacher of the word of God.  She often cites, "In order to sing the gospel, you must understand the word of God".  Her many genre influences are jazz, gospel, and contemporary Christian.

She is currently working on a debut CD “A Time of Worship” scheduled for release in 2008.  She is working with Minister Thomas E. Dudley and Calvin Austin both of Hampton, Virginia. Release is scheduled for the fall of 2008.