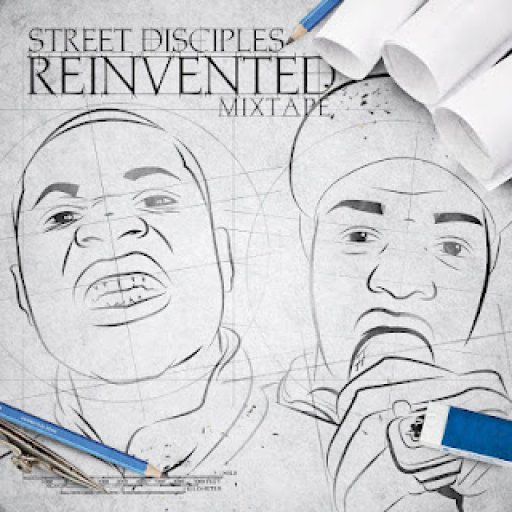 In 2010, Tim- e and Avery Palmer decided to join forces as a hip-hop group dubbing them selves as the “Street Disciples”. The Street Disciples was designed with the purpose of reaching urban communities and impacting the Hip-Hop culture for Christ. Years later, the Street Disciples are still dedicated to making quality music that inspires others to live a spiritually conscience life.

So what is a street disciple? The Street Disciples are not just another christian rap group. The Street Disciples are a group of ministers who have committed their lives to bringing the gospel of Jesus Christ to every corner, door and porch in America. As stated in the gospel of Matthew (10) and Luke (9 &10) Jesus sent the disciples into every city and commanded that they preach the Kingdom of God. Not only did Jesus send the disciples out but he gave them authority over all demons and the power to heal the sick and raise the dead. More specifically, in the same passage Jesus anticipated that this commandment would not only take his disciples into the homes of the lost but would also cause them to cry out into the streets of those cities concerning God's inevitable judgment against those that reject his righteousness. As current day disciples of Jesus Christ, we neither take The Commission or The Power entrusted in us by Jesus lightly. Taking the gifts and abilities that The Lord has given us, we're using our voices, stretched over instruments, to communicate the same message to the same type of lost people that God loves as the disciples of old did. In Luke 9, Jesus sent out the 12. Immediately after that, in Luke 10, Jesus sends out the 72. We believe that the additional disciples that were sent out the second time were those that heeded the voice of the first 12. Very few will be brought before governors and kings for the sake of Jesus but we all can be witnesses in the streets that we walk everyday. So who is a street disciple? I am a street disciple. You are a street disciple.