When Stephanie Smith got her first glimpse of the father she’d desperately missed all of her 14 years, her heart was in her throat. She waited breathlessly as he greeted her mother and her brother, then finally turned to Stephanie. But his words were anything but the healing she’d dreamed of for so long. He said, “And this must be Priscilla?”

In the aftermath of that meeting, Stephanie processed a great many life lessons. Following a spiritual reality check she experienced while singing with a rock band she joined during college, a fateful door was opened for Stephanie to travel overseas. “I ended up going to Guatemala on a mission trip. If anyone is struggling with pride or self-righteousness,” she laughs, “you need to go haul cinder blocks up a mountain. The hard work will cure you!”

Her compelling redemption story drives the hope-drenched lyrics and gutsy honesty of Not Afraid, a debut overflowing with solid pop rock anthems, all written or co-written by Stephanie. Her raw vocals shine on the fiercely-delivered “Superstar” while the pop-rock track “Beauty” directs toward peace within. One listen to the thick guitars of the powerhouse title track “Not Afraid” makes it obvious that Stephanie is a rock chick at heart. The catchy breakup song reminds what relationships are really about. And on the stunningly vulnerable piano ballad “First Words,” she opens up about that first encounter with her father. Smith and producer Jamie Moore worked together to accomplish the perfect mix of immaculate arrangements and captivating lyrics. Producer Chris Stevens, known for his work with Tobymac, Sanctus Real, and Group 1 Crew, added his hand to the standout "Renew Me."

Beyond the music, Stephanie ministers regularly with Soles4Soles, a Nashville-based non-profit that facilitates the donation of shoes to the hurting worldwide. She also has a long-standing relationship with the Pure Freedom founders—at age 13, she attended their very first sexual purity retreat. “I still wear my pearl around my neck today,” she shares, “and it’s been neat to come around full circle and now partner with them.”
View All 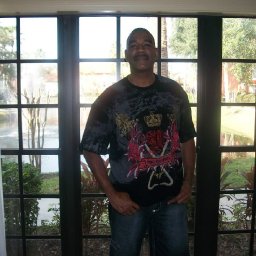