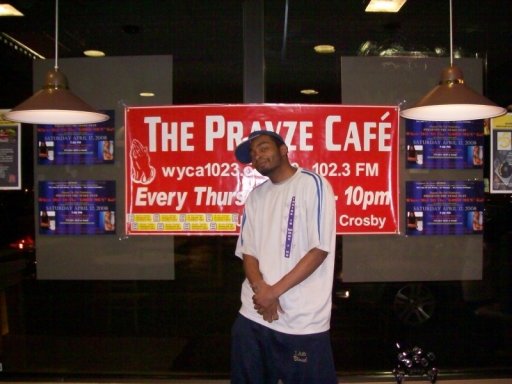 Clifford a.k.a. Nitro DA Spiritual Lyricist got saved at the age of thirteen in the late 80’s while he was in Luella Grammar School . That same year his best friend died (his grandfather).He went on to attend Gorge Washington High School were he started rapping while he was running the streets. While running the streets he was gang banging, sale drugs, staling cars, and getting into race wars. While doing all of this he was rapping about drugs, sex, murder, and death, and searching for his identity as an artist as well as a person. As he was running the streets he was going to New Covenant Missionary Baptist Church were he decided to try rapping about God. So he started reading the word of God so that he would know what it was he was talking about, as he was reading the word of God it started getting into his sprit and changing him from a hurt and wounded boy into a saved, sanctified, and Sprit filled, tong talking solider for the Lord. As he continued seeking the Lord he went on to attend Gospel Mission Ministries (Word of Faith Apostolic Tabernacle Church) were he continued to grow in the word of God for six years till 2006 when went on to Living Word Christian Center. Till this day he continues to rap for the Lord, with the power and strength of the Lord he’s setting souls free from all types of bondages just as the Lord set him free.
View All

Spritiual Lyricist » Forum
There are no forum topics to show