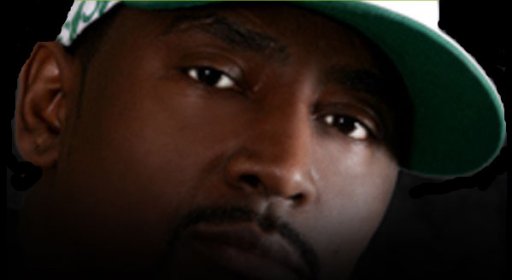 The Lyrical Miracle, (Preston Thompson) was born and raised on the south side of Chicago. At a young age Preston always enjoyed music. As a teenager Preston played sports in High School. Growing up on the south side of Chicago is something Preston takes a lot of pride in. Preston always went to church as a youth with his great grandmother and grandmother. Despite his christian upbringing, Preston got involved in a lifestyle of running with a gang and selling drugs. Preston knows first hand about the pitfalls and peer pressures of youth. This is the reason he has a passion to reach out to the Hip-Hop community. Preston believes, with no doubt most of the Hip-Hop music our youth are listening to, is negative. Because music is such a powerful way of influencing people, Preston has accepted a call on his life to reach our people through Gospel rap music. " We need a balance in Hip Hop says The Lyrical Miracle" Preston has been recording music since the early 90's. Preston was involved with a Gangster rap group, called Hard 2 Conrtol. In the early 90's they recorded three underground projects. During these times Preston struggled with the faith he grew up rooted in. In 1998 God delivered Preston from the fast lane lifestyle of the drug culture. Preston married his long time girlfriend, and mother of his children Tara Edwards October 23, 1999. Preston has served as director of the rap ministry at his home church since the year 2000. Preston has also traveled the midwest taking the message of the Gospel of Jesus Christ to churches, youth groups, group homes, boys and girls clubs, Lincolns challenge programs, and Teen Challenge programs. His first Gospel Rap release STOP RUNNING was recorded in 1999, and released in 2000. The Stop Running project was definitely a message from God to Preston First, then through him as a vessel called by God to reach his people. Preston recieved confirmation of his calling to minister through Hip-Hop music at a concert for 1000 youth at Lincolns Challenge program, in Rantoul Illinois. During this concert 300 young people gave their lives to Jesus Christ. Preston extended the invitation to Christ, and Gods voice was heard. Every since then Preston has been doing local recordings with other local christian rap artists, and working with several youth over the years in the rap ministry. With a love for the Lord, and the gift of rap and making hip-hop beats, Preston is stepping out on faith to release his long awaited new release STREET MINISTRY. Preston is also currently working with a few other artists under the umbrella of PERFECT PEACE PRODUCTIONS. With an annointed team of producers,& other artists working with THE LYRICAL MIRACLE, the PERFECT PEACE family will impact the lives of people around the world. The Lyrical Miracle will be releasing his Street Ministry project in febuaryof 09. The Rap4God Records CEO, and founder of Rap4God Ministries has secured a nationwide distribution deal with K.E.S.Music & Video Distribution, out of Chicago.The Lyrical Miracle has traveled throughout illinois, and the midwest region as well as several other major cities in the United States. He has opened up shows for some of the biggest names in Christian Hip-Hop @the Holy Hip Hop music Awards in Atlanta,Ga. in 2007, and 2008. The Lyrical Miracle started his year off in 2008 opening up for a pioneer in Gospel Rap, T-Bone.. "It was a awsome experience to share the stage with T-Bone, as well as some time to fellowship", says The Lyrical Miracle. "T-Bone kept it real, and was down to earth," says The Lyrical Miracle. This man of God has labored for some time praying and seeking the Lords direction as it relates to the release of this project. " I just want people who are stuck in the vicious cycle of the Street Life to be encouraged by this project, coming into the revelation that there is hope for them to live a better life in Jesus Christ," says The Lyrical Miracle. There is something on the menu for everyone on this project. Encouraging believers, and converting non-believers is the motivation behind taking this ministry to the STREETS around the world.
View All