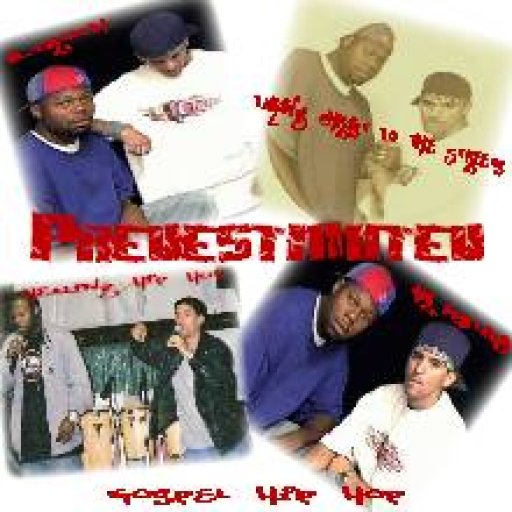 
Mr.Destiny B.K.A The Evangelist Was born in New York Raised in the ruff streets of Newark, N.J after a hard life of drugs and crime God saved Him he has a wife and four children. D-Truth Was born and raised in Richmond, V.A after a hard life and malicious living God saved him With a wife and three kids. Predestinated Has Brought there message of Gospel Hip Hop to those in Prison, churches, out in street functions in NY, DE, and Where they live VA. They have impacted clergy and laity alike with their unique form of ministering. They are first of all ministers of Their household; they believe God has called them for Such a time as this to reach this generation with Anointed words of truth through preaching the word of God and through anointed self produced Hip-Hop And R&B music. When they met they knew it was through God’s divine Predestination so they base the name of the group on Ephesians 1:9-11 God gave the group leader C. Manuel Gonzalez (Mr. Destiny) a vision to reach the youth of this Generation on a different level; God’s purpose was to have last day’s voices reaching those lost and preparing them for the coming of Christ with no compromise. Since they have lived the life they have decided to bring their message to all who are in the same place they were before Christ saved them. Now their mission Is to announce the good news to all who will listen in The form of Down to earth preaching and Hip Hop; Bringing songs of deliverance and testifying of what God has done.

Check Out This Christian Clothing Line