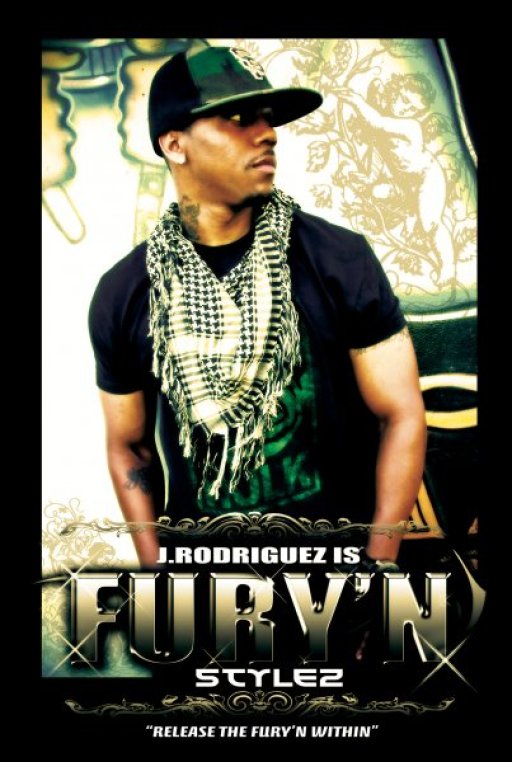 J.RODRIGUEZ, also known as FURY'N STYLEZ, is emerging as a noteworthy voice not only in Holy Hip-Hop, but in music overall.  His powerful lyrics are matched by an overwhelming passion that resonates throughout every facet of his compositions.  FURY-Ns beliefs are undeniable as he recites each word so fluently, as if speaking about the things of God is his native tongue.

Music is worship.  And, FURY'N STYLEZ doesn’t merely worship, but becomes worship unto the Lord the minute he touches the microphone.  In 1 John 2:27, the Bible states: “But the anointing which you have received from Him abides in you… and just as it has taught you, you will abide in Him.”  And, the anointing truly abides in this musical minister of the Gospel.  FURY'N STYLEZ is far more than a Gospel recording artist, he is a willing vessel to be used by God to reach this generation.

FURY'N STYLEZ has traveled extensively throughout California speaking and performing at a variety of events on a multitude of topics.  He has had the opportunity to minister at such events as: Angel Ministries’ Winter Retreat for young women – “The Angel in Me” – in Watsonville, CA; Jubilee Christian Center’s Urban Outreach in San Jose, CA; Gospel Avenue’s “An Evening of Gospel,” in Los Angeles, CA;  and, The Gathering of the Unashamed in San Jose, CA, opening up for Hawk Nelson as the first-ever hip-hop act to commence the alternative worship event.

Most recently, FURY'N STYLEZ has been contracted by Sex, Love & Choices, an abstinence based non-profit organization, as a motivational speaker and performer for youth throughout Southern California.  This venture has afforded FURY'N STYLEZ the opportunity to fully develop in his gift, all the while changing lives along the way.  It is evident in his stage presence and performance that FURY'N STYLEZ is an artist who is truly submitted to the Holy Spirit’s will.

The journey is just beginning for this awesome man of God.  And, in the end, J.RODRIGUEZ is not focused on what he can do, but what God can do through him – or as J.RODRIGUEZ says, “being about his Father’s business.”  It is an attitude, such as this, that makes J.RODRIGUEZ an effective performer and minister to his audience, allowing for the spirit of God to move without limitations.