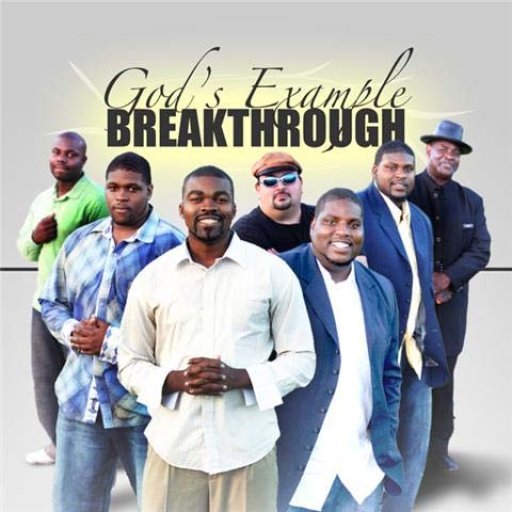 
God’s Examples “Many are called, but few are chosen.”  There’s a lot to be said about a name. The name God's Examples birthed out of a desire to do the will of God and follow his example. God's Examples’ style is unique. It is said to be a marriage of traditional and contemporary gospel: from soft ballads of worship to soulful hand clapping rhythms to good ole quartet style music. In 1999, at a revival meeting in a small town called Crescent City, Florida, there were four young men in the audience. The preacher gave an invitation to accept Christ and one by one these four young men came to the altar and accepted Jesus Christ and the gift of the Holy Ghost. These four young men were Derrick, Jay, Kenny, Chris, and the preacher was their father, Pastor Emanuiel Roberts. This was the divine forming of God's Examples. The young foursome and their father began immediately doing street, prison, and nursing home ministries singing and preaching the Gospel. In the next few years God added close family friend and keyboard player, Taurean Wilson and talented bassist and luthier; Mark Vinciguerra.  God’s Examples have traveled throughout the State of Florida and various parts of Georgia and Alabama spreading the gospel. They have self-produced and sold hundreds of copies of their music. They have performed with Shirley Caesar, Tye Tribbett, Jason Champion, The Williams Brothers, Mom and Pop Winans, recording artist Punch Baldwin, legendary gospel great, Milton Biggham, Beverly Crawford and several regional and local acts. They performed at the statewide conference for Redlands Christian Migrant Association. They have also worked with world class engineer and producer, Jim Durbin (worked with John P. Kee, N-Sync, Sony Records, Universal Studios, Ripley's Believe It Or Not, Sea World, Fox Lorber, KFC, Cheetah Records and several Grammy award winning and platinum recording artists).  Pastor Emanuiel Roberts serves as the spiritual guidance of God’s Example. He is the lead singer for most of the traditional style songs. Derrick, anointed songwriter, playwright, and author of “Answering the Call of Faith”, is responsible for the lyrical arrangement of most of the group’s music. Jay plays the main keyboard parts and provides the glue to make songs come together. Kenny is the primary lead singer and is responsible for assisting with arranging a great deal of the music. Chris, drummer and singer, plays a vital role in lyrical and instrumental arrangements. Taurean adds a tasteful dimension to the intricate instrumentation as an auxiliary keyboardist. Last, but not least, Mark brings an unrivaled bottom end to every song. He is instrumental in writing different licks and keeping the band well stocked with grooves. Their immediate goal is to expand to a more Regional status, and ultimately, nationally and internationally to continue spreading the Gospel through their music and strive to be God’s Example.