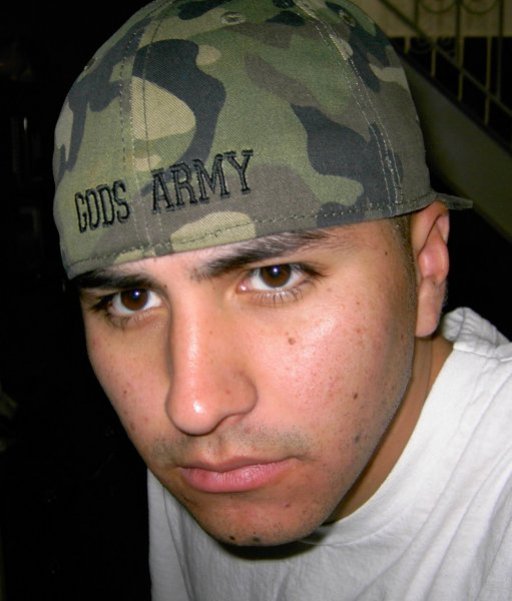 Fisherman is a hispanic gospel rap artist from El Paso, TX.  Known as Chuck to family and friends, he received the Lord at a young age and, in 1989, wrote his first rap at the age of 10 about how much he loved Jesus. In 1991, his younger brother was born. During high school and college, Chuck backslid and went through many trials and afflictions. In 1997, his grandfather was murdered. He turned to the world for consolation and comfort and become involved with drugs, alcohol, and fornication.  He also became involved in the worldly rap game.  In 2002, he found out he would soon be a dad. He re-dedicated his life to Christ that same year with a brand new vision in mind - to reach the world through gospel rap. Fisherman got married in 2003, shortly after the birth of his son. The very next year, his wife gave birth to his daughter. The name FISHERMAN was inspired by God according to Mark 1:17 - "Follow Me, and I will make you fishers of men!" In addition to rapping, Fisherman is currently a teacher at a public middle school where he also sponsors an after-school Bible club for students. He also works with On-Ramp Foundation, a faith-based ministry serving at-risk youth ( www.onrampfoundation.org ). Fisherman has performed live in different areas from Texas to Tennessee. He is currently working on his debut album which is expected to be completed in the near future.  Fisherman is happily married to a beautiful woman named Cynthia and is the leader of a blended family, which includes his wife and two children, and two step-children. He considers it a priviledge to be in the position he is in - husband, father, son, brother, teacher, rapper, and most importantly SAVED!