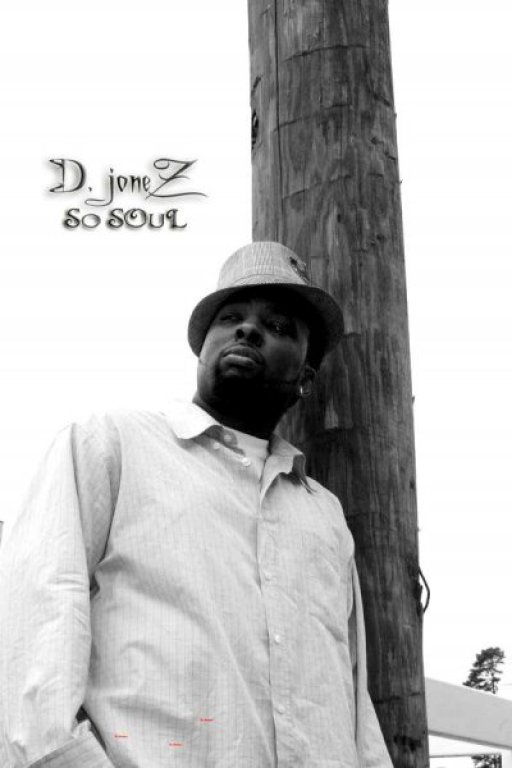 Born Dana Marsale Jones in Temple, Texas to Victor & Joyce Jones, Dana’s father was in the military for most of his life so, needless to say, he’s seen a-lot more of the world than your average li'l po-boy from Texas.. Dana credits his singing beginnings to Mrs Rhonda Westman (his favorite choir teacher). After his graduation, Dana’s folks decided they liked Augusta Ga enough to retire and buy a home there. Knowing this would be a golden opportunity for him to find a singing group to be a part of, (since he’d been singing in various choirs since the 4th grade until his high school graduation, in which he was a part of 2 separate choirs; concert choir and "swing choir", where they sang and danced to oldies tunes as well as up-to-date tunes), Dana was excited to make the move. Dana became part of an R&B group within 2 months of moving to Augusta. They called themselves “M-Pulse”. He became their 'bass' man. In their 'hey day', they made a-lot of accomplishments, which were publicized in one of the local Augusta GA newspapers. Some of their noted public performances include; Augusta Mall talent shows, Foxy 103/Power 107 radio talent shows, a carnival talent show (in which they won 1st place), an Augusta May Fest, a few basketball half-time shows, and the 1992 Augusta Black Expo. In 2003, Dana completed an r&b album entitled "Playa" which received moderate U.S., but better overseas success, with the help of CDbaby. Since then, Dana has rededicated his life to the real 'super-producer' Jesus Christ & wrote 2 of his realest testimonials on wax! 'Keep on Singin' & 'Praisin him Still' depict to the very last word, his old AND new relationship w/Christ. In October of 2006, D. made "The Move" to Atlanta GA to more seriously pursue his music career. While in the "dirty dirty", Dana touched bases with an Augusta GA-based entertainment group, and with them, participated in several club performances, as well as outdoor performances, (i.e. Gifford, S.C. June Fest & the James Brown Festival, in Augusta GA '06, only months before James Browns’ passing), in which Dana participated as a featured act. D. ended up temporarily moving to Ohio, & there he completed his most inspirational yet soulful album to date,"So SOuL", in which D. himself has proclaimed to be "the most innovative, soulful, thought-provoking peek into his life to date"!. With all faith, (not hope) that his musical aspirations will come to fruition! And so it was prayed upon, & so it happened! D.joneZ finally began to receive some blessings, & on may 5 2008 signed with PG Ent. Group/Fa7ith Urban Music,(ATL GA) a company that has billboard/SOuL Train nominations under their credit. Dana has been blessed to sing back-up for several local artists, who are destined to be among the fresh new “inspirational” soul singers in the A-Town!. Dana is also part of successful gospel band "GOSPEL CREATORS", a live-band that travels state-to-state spreading the good news in a founky way, all our own! Dedicated to whatever projects may come his way, Dana’s work ethic & intense longing to understand the music business as a BUSINESS as well as an entertainment 'ministry', is what will make him a success in any business he chooses to do. Puttin' it down like its supposed to be. D.joneZ is "So SOuL" Yall!!... Official PG Ent Group site is: www.pgentertainmentgroup.bravehost.com/....& WWW.HITMUSICBUZZ.COM you'll love this album, Guaranteed! hit him up. beBlessed & be EaZy!!, d.joneZ