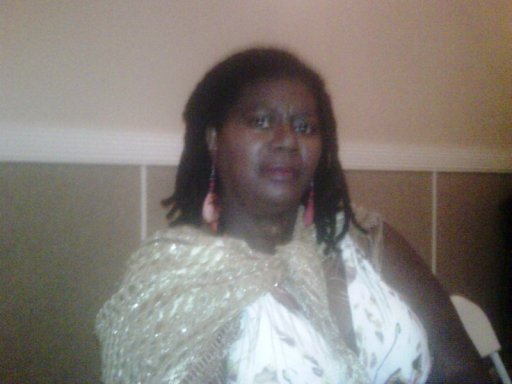 Claudia began her performance career with the Black Liberated Arts Center (BLAC) in Oklahoma City, Oklahoma.  She first appeared in Anna Lucasta as Katie, Anna’s sister-in law.  Her performance was mentioned in the Oklahoma City Newspaper as   “…a staunching role…”  As an active artist of BLAC, she also performed the role of the King’s Wife #4 in the original production of Magic Mirrors, an African Fairy Tale.  Coming home to New Jersey, Claudia contributed to the theatrical realm as a stage manager and understudy in an Off-Broadway production of A Mother Cried for Her Children (Delene Productions – East Orange, NJ). She was then introduced to the Phoenix Ensemble Production Company (Jersey City, NJ).  Claudia’s jail-keeper role of Betty in Clover afforded her the opportunity to obtain the role of LaWanda in The Colored Museum (The Hairpiece), by Michael DeBradley himself, Producer and Director of Michael DeBradley Productions (Newark, NJ).  In Walter Burrow (Phoenix Ensemble), Claudia took on and mastered the role of the Grandmother, Hessie Burrow.   Claudia’s experiences behind stage and in film helped her to discover her passion for creating and producing which are heightened more so than acting.  She prefers to be in the background creating, and also as a motivator and encourager to the performers.  Claudia’s additional involvements with theatrical and film productions have been: The Git Em Gyrlz (1st Trailer), Director - Shi-Fyne Ent.; The Turtleneck Gang,  Co-Screenwriter/Casting Director and Dialogue Editor, The Game Is Dead, Assistant Director/Coach and Dialogue Editor – both with CANEI Productions; Street Kid, Principle (Mother) - Supreme Productions; Goin’ Back Home, Dancer and Choir Ensemble - Wilmore Productions; New York Undercover-Political Supporter and Muslim Sister-Fox TV NYC Channel 5; Malcom X-Spike Lee, Director; Green Card-Touchstone Home Video-Peter Weir, Director; Bonfire of the Vanities- Warner Home Video, Brian DePalma, Director; and numerous other stage and video productions.  Claudia has just completed a short film entitled  “Love and Issues”, and will be directing in the upcoming future her first feature film entitled, “A Second Look.”  Claudia is collaborating, writing and producing her first album and has released her first single “Do You Hear Me” which is on her  newly released dvd “Love and Issues”

Claudia Mabry » Forum
There are no forum topics to show