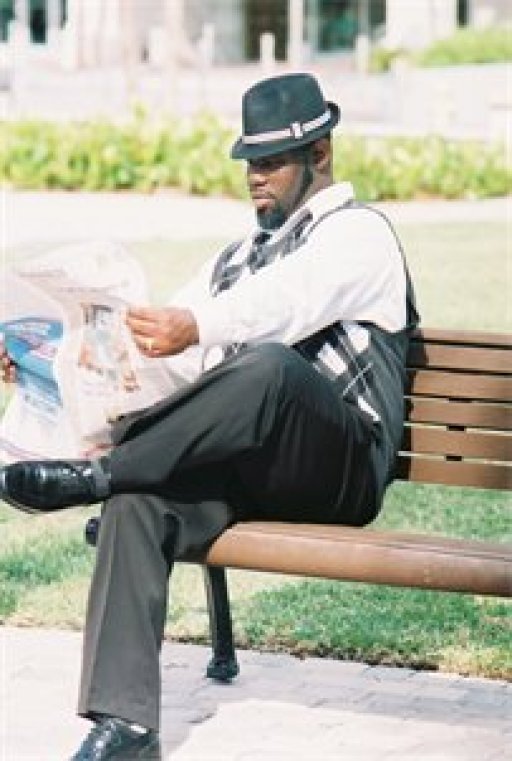 
The Paradigm
(Stepping outside the box with inspiration and old school hip hop)
Hailing from the bottom of the map, Miami, Florida, Mr. Nostalgic comes with an inspirational word mixing it with old school rhythm and rhyme.
Mr. Nostalgic, born Andre Leo Brown, founded KAB76 Music Group, Inc. in 2006 with his wife Kameelah Brown, where he produces and writes all of his music.
After joining his middle school band at the age of 14, he developed a musical bug he just could not shake. Eversince that monumental moment in middle school, many have praised him on his talent to play the baritone horn and compose music. Being that Mr. Nostalgic is a very spiritual person, his church upbringing definitely comes out in his music. He is often compared to greats such as Kurtis Blow and Afrika Bambaataa. He credits the incomparable George Clinton and Andre 3000 as a few of his musical inspirations.
"When I create music it is an unexplainable feeling," said Mr. Nostalgic. "It is something I love to do. It is my passion."
Mr. Nostalgic has a positive approach to his music, and most of the messages in his songs are about living life to the fullest and enjoying everything that life brings. His hit song "Let’s Celebrate," pays homage to the pioneers of old school hip-hop and glorifying the love of Jesus Christ.
With his smooth calm swagga and inspirational message, Mr. Nostalgic is definitely the man to watch out for.
View All