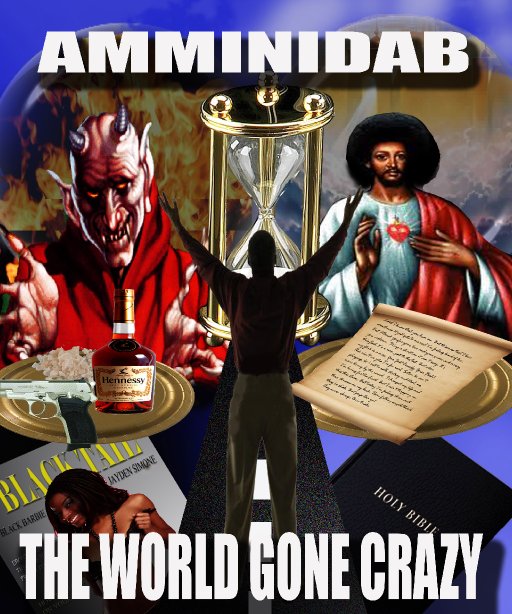 Amminadab the Messenger has been in the industry for many years. He was the first to bring hip-hop to Northwest Indiana, in the year of 1979. Amminadab is also noted for directing and producing the first Rapsical "Just A Phase of Life" in the year of 1985. This rapping play was out many years before the Rapsical Carmen that starred Beyonce Knowles and Mos Def. Amminadab has performed in venues with the likes of Marvin Sapp, the Temptations, and Stellar award winner Daryll King. some will look at his career and say, twenty some odd years and haven't made it big? Well, then they are sadly mistaking. God raises up who he wants to raise up and when he wants to raise them up. His life has not been a bed of roses, many thorn and thistles were part of his past. We thank God for resurrection, redemption, and restoration.Without his scares, the world would not have had the pleasure to listen to this lyrical genius. A noted playwright, poet, and author is also added to the wide array of talent of Amminadab. Look for Amminadab the Messenger, coming to your town spreading the word of Jesus the son of the living God.