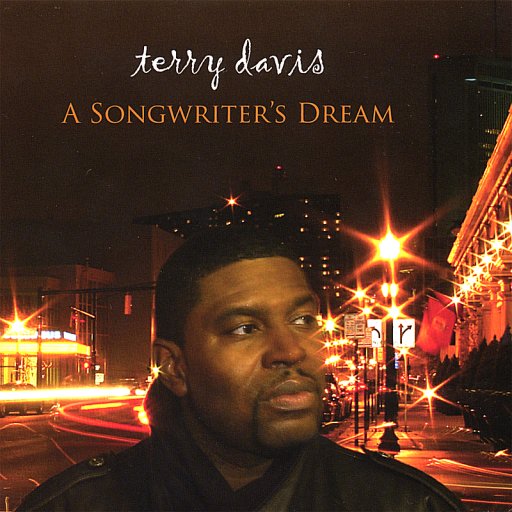 NOTES ABOUT TERRY DAVIS  Born in Vancouver, Washington to parents Bobby & Dorothy Davis, Terry grew up in a very musical environment along with his sister, Marla influenced by his Dad's love of Jazz and Mom's love of Gospel music.  Terry began his musical journey singing at New Hope Missionary Baptist Church in Portland, Oregon. Being blessed with the gift to hear and teach harmony at a young age, he began directing New Hope's Angel Choir for a period, then in 1978, God gave Terry the ability to play piano by ear (without formal training). Now able to play, Terry accompanied the choirs of New Hope and other local groups and choirs in the Portland-Vancouver area.  In 1983, Terry's genesis as a songwriter began to emerge. Since then, he's been blessed to share his music on a local, regional, and national level. His music has been performed or recorded by artists such as Portland Mass Choir (1995), Pacific Northwest Mass Choir (1994), New Song Church (1995), Minister David Hart & BASIC (1996), GMWA Youth Mass Choir (1998, 2000, 2001), GMWA Men of Promise (2002), and the Northwest Community Gospel Choir for the Oregon Symphony's "Gospel Christmas (2000)."  Terry’s had the privilege to work alongside some well-known artists in the Gospel industry such as the late Thomas Whitfield, Jeffrey LaValley, Rev. Milton Biggham, the late Rickey Grundy, David Curry, the late Helen Stephens, Dr. Margaret Douroux, the late Dr. Charles Fold, LaShun Pace, and Pharis Evans, Jr.  Terry acknowledges the Lord for the many opportunities to share his musical gifts; family and friends for encouragement and prayers, and his musical mentors Thomas Whitfield and Jeffrey LaValley for inspiring him as a gospel songwriter and musician. Terry also draws musical influences from artists Stevie Wonder, Alex Bugnon, Joe Sample, and Rodney Franklin. In 2001, Terry relocated to Columbus, Ohio to serve as the Minister of Music at Second Baptist Church. Later that year, he met his soul mate Jennifer Hammond, and the two were wed in June 2003. Outside of his church music ministry, Terry continues his GMWA ties as a member of the Columbus Chapter of the Gospel Music Workshop of America, served as an instructor/songwriter for the Columbus Children's Music Ministry Workers Conference (2002-03), guest songwriter and musician for the New Salem Baptist Church live recording "We Win" (2001), musician and songwriter for the Columbus Citywide Mass Choir concert (December 2004), and most recently, a featured artist for the Gospel Soul Brunch at Natalie’s hosted by Debra James Tucker (2015-17).  Currently, Terry serves as Minister of Music for the Worship Center of Central Ohio (Apostle David S. Carter, Pastor). He’s also formed his music publishing arm, Praise Place Music, and released his debut CD "A Songwriter's Dream" in April 2007.  Terry's desire is to see God take his music all over the US and the world to encourage believers, witness to the lost, and most of all, give God glory, praise, and honor for giving him the gift of music.